Trial attorney Olivier A. Taillieu obtained a verdict of $29,062,351 in favor of his client. The plaintiff’s names are censored for identity protection.

The Plaintiff was on his way to school on March 13, 2013 when he was struck by the defendant—a med student at USC. He was hit in the middle of the crosswalk—24 feet from the curb and technically on the wrong side of the street (defendant cut the corner too sharp). Plaintiff was 16 at the time. He was knocked out by the hit and lost consciousness for less than 10 minutes. He doesn’t remember what happened at all. The first thing he remembered was waking up in the ambulance on his way to the hospital.

At the hospital, they did a CT scan of his body and of his head. Of relevance were a positive finding for a contusion on the right hip and a small punctate hyperdensity in the left frontal lobe, which “may represent a small intraparenchymal hemorrhage.” Client was observed overnight and released the next day without any follow up instructions.

Mr. Taillieu’s firm sent them to the Nuerologist on December 2013 and he ordered a T3 MRI and a battery of other tests. By December 2014, Mr. Taillieu’s firm received the MRI results which showed lesions in multiple areas of the Plaintiff’s brain, primarily on the left side. He was ultimately sent to a neuropsychologist and a neuropsychiatrist for evaluation. Both concluded that Plaintiff suffered from a mild neurocognitive disorder and a personality change. Neuropsychological testing was consistent with primarily left brain damage—with clear bilateral demarcation.

Mr. Taillieu signed on to the case in early 2016 and finished the work up. He arranged for Plaintiff to be admitted at Center for Neuro Skills to work on his neurocognitive issues and prepared the case for trial stating that “there was no doubt in my mind that Plaintiff was a changed young man.” But he needed the people close to him to tell his story for him.

The Plaintiff family is an amazing family who has had to sacrifice a lot for their children—to give them a better life than they ever had. But in that process Mr. Taillieu describes the extreme emotional and traumatic impact on the family. “The mom lost touch with her own emotions and so we had a really tough time getting her to emote in the beginning.” After investing some time with the mother, she opened up and her entire demeanor changed.

The defense fought tooth and nail on every issue. They went for 100% no liability. They claimed that Plaintiff was on his skateboard with no helmet and that he ran into the side of the car (no evidence of that). They then claimed that he only suffered a mild-uncomplicated TBI with no long lasting sequela.

After several continuances, the trial finally started on October 5, 2016 and was assigned to Judge Moloney’s department. “He is an outstanding judge. Jury selection took four and a half days. He granted most of our for cause challenges. “ said Mr. Taillieu. In total, the trial took almost three weeks.

After cross examining the defendants and pointing out their failures, Mr. Taillieu effectively persuaded the jury by clearly and visually displaying the demonstrative evidence onscreen. Using MotionLit’s trial presentation technology and visual graphics, Mr. Taillieu effectively communicated the liability, past and future meds, economic and non-economic losses inflicted upon the plaintiff and his family.

The defense had no accident reconstructionist (they de-designated their recon expert), no neurologist, no neuroradiologist, no helmet expert. Their main argument on damages was that any deficits shown in the neuropsychological testing pre-dated the accident due to an undiagnosed ADHD which was evidenced by his poor grades and various reports of his inattentiveness at school. They also argued that he could not possibly be as hurt as we claimed considering he had gotten no treatment for nearly three years.

Mr. Taillieu stated “Opposing counsel decided to attack the plaintiff, his mom, and me. It was definitely the wrong tone. The jury was not kind to him”.

The defendants asked the jury to come back with a defense verdict, but if not then less than $100,000. After Mr. Taillieu’s hour and a half closing argument, a full day of jury deliberation, the jury came back with a total verdict of $29,062,351.

Mr. Taillieu spent a considerable amount of time establishing a strong bond with the Plaintiff family stating “ I am certain that if my client had been a blond kid from Brentwood, the insurance company would have ponied up the policy in 5 minutes. But because they saw a poor kid of Mexican descent, who likes riding a skateboard and has bad grades, they thought they could feed on the stereotypes and prejudices of some jurors and come out with a victory. Not today.” 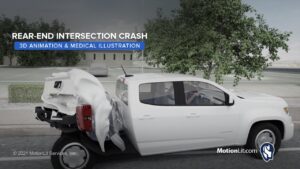