The Power of Visual Components Against Your Opponents

See how The Simon Law Group obtained a verdict of over $2 Million utilizing MotionLit Tech-Support, and Medical Illustration visuals.

Justice Team attorneys Greyson M. Goody, Sophie Etemadi, and Greg Schaffer obtained a $2,004,536 million verdict for their client who was involved in a rear-end accident. Juan Angulo, a laborer, who was on his way to work on Highway 85 outside of San Jose, came to a sudden stop behind traffic and was rear-ended by a truck driven by the Defendant. Approximately 14 months later, Mr. Angulo underwent a lumbar disc replacement procedure at L4/5.

Defendant claimed the impact occurred at 6-8 miles per hour and nobody could have a disc injury from this type of crash. He also claimed Mr. Angulo must have injured his back at work. The jury disagreed, awarding approximately 7 times Defendant’s pre-trial offer, and more than double Plaintiff’s pre-trial demand. This included $348K in past medical expenses, $250K in future medical expenses, $31,536 in past loss of earnings, $625,000 in future loss of earnings, $300K in past pain and suffering, and $450K in future pain and suffering. The total verdict was $2,004,536.

When preparing trial presentations, attorneys choose MotionLit to load-up their cases with visuals such as Medical Illustrations, 3D Animations, Exhibit Slides and Powerpoints, to communicate their case both in front of the jury, and during mediation.
Present the true and complete value of your case with MotionLit’s visual support, and experience the MotionLit difference by your side.

Call (213) 291-9141 today to learn more about how MotionLit’s Video, Animation, Trial, and Medical Illustration services can help you turn claims into real offers! 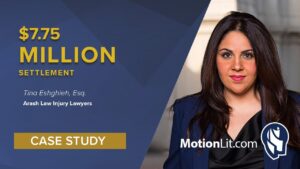 Describe Your Client’s ‘Pain’ With the Power of Demand Videos 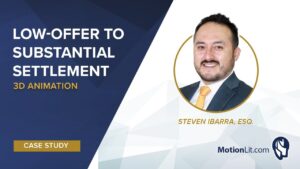 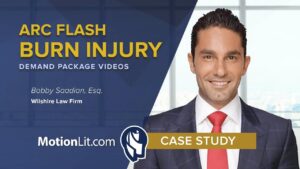 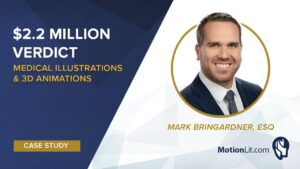