By utilizing visuals in trial presentations you can make considerable impact on how your opposition, as well as jurors, will evaluate your case. In a recent case involving a Los Angeles local, a 70 year old woman fell while riding on a moving metro bus. MotionLit produced a 3D Trial Animation of the Plaintiff’s injuries, depicting a left hip fracture and the subsequent medical procedures. MotionLit’s surgical animation showed the repair of a comminuted left intertrochanteric hip fracture by surgical insertion of an intramedullary rod. The rod is impacted down the femoral canal and is locked in place with proximal and distal screws. The sample video shows the initial injury, each operational step, and surgical instruments that were used. The patient X-ray interpretation is also used to support the foundations for the animation. 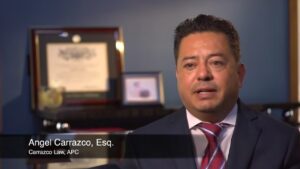